We all see ourselves differently than the world at large sees us. This is our body image and it changes through life. When I see a clip of Jersey Shore’s Snooky gyrating her giant ass against a glass wall so the cameras can get a closeup, I wonder what she sees in the mirror or in the TV clips I’m sure she watches every night. 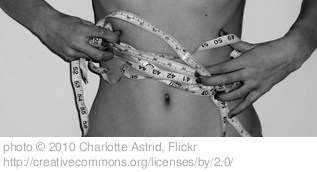 Women are obsessed with body image even when they look great!

I have done some research into the realm of body image as it relates to men and women. I was at the shore some time ago and while scanning the various shapes and modes of dress, or rather undress, of the sun worshippers I noticed a somewhat peculiar pattern. Ever the scholar, researcher, and educator, I will share my findings with you. Rather than my usual haphazard habit of just making up facts to suit my fancy, I’ve explored professional journals and university medical studies to find the truth behind the urban legends. Just consider me you own personal Snopes!

My personal hypothesis is thus: There has to be some type of physical difference in the eyeballs of men and women. 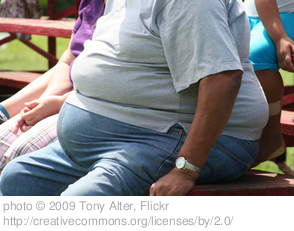 So when this guy looks in the mirror he still sees a young rippling stud.

Observation #1: Men and boys, as soon as they begin puberty, look into the mirror and see Conan the Barbarian. When a male is 13 years old, the reality is that he is an acne experiment residing on a string-bean body. As the years progress the acne usually diminishes and is replaced with various pustules, rolls of fat, and hairs that erupt from both the pustules and random areas of the body. However, the male’s eye will still see Conan in the mirror. If you doubt my hypothesis, have you seen a picture of the real Conan, Arnold Schwarzenegger lately. He has succumbed to late middle age ‘sagenwrinklenspreaden’ but still struts around in Speedos. Such is the lying nature of the male eyeball/brain interface.

Observation #2: Women and girls, as soon as they begin puberty, look into the mirror and see Mama Cass. (Except for the aforementioned Snooky paradox, because there is an exception to every rule.) It doesn’t seem to matter that a woman is of a normal weight and nicely proportioned. There always seems to be a need to drop those “last five pounds”.

Wondering if my observations had any validity I started upon my Google research. I easily found the research of one of the foremost research guys. Professor Shamus McCrogen who holds the prestigious Haggis chair at the University of Edinbrogue, Scotland. Late of Oxford University, Professor McCrogen conducted his research in Great Britain. If you’ve ever been on a beach in England you will know why these areas are a gold mine for this research. Look at British men in swim attire and you will wonder how the species ever managed to procreate. For that matter, a glance from their teeth to the rest of their bodies and zero population growth becomes a real option. Think for a moment that Prince Charles and Lady Diana conceived two children. What’s worse, the lovely Lady Diana was the one who always wanted to “drop those last five pounds”.

To facilitate this study, Professor McCrogen secured funding for a beachfront condo on the beautiful Isle of Weight on the English coast. There he spent two arduous summers in a cabana interviewing various citizen’s he felt represented a valid cross-section of the “male/female body image continuum”. Critics of his study point out that 86.4% of his “subjects” were female and between the ages of 17 and 22 but I feel this is simply sour grapes on their part. Said Professor McCrogen, “Acchh! I did’na need tha’ many blokes cuz therrr’ all thinkna’ tha’ same, now don’ eh??” I couldn’t have put it better myself.